It was a good-news, bad-news day in court for the colorful rock star.

Way back in early 2009, Love became the first celebrity to be sued over tweets. The plaintiff in the case was Dawn Simorangkir, a fashion designer who became the target of Love’s rants. But before the case ever got to trial, Love and Simorangkir settled the case for nearly $450,000.

Love made the first five payments, totaling $350,000. But she missed her $50,000 payment due last January. And so, Simorangkir’s attorney brought a motion to enforce the settlement, which resulted in a judge’s decision on Tuesday to enter a judgment of $95,714.20 — the remaining balance — in Simorangkir’s favor.

Coincidentally, the judgment came just a short time after a different Los Angeles Superior Court judge held a hearing to determine whether a new trial would be granted to attorney Rhonda Holmes.

Holmes also took issue with statements that Love directed at her on Twitter, and his past January, the rock star faced a jury. After a trailblazing trial, she prevailed against Holmes.

Afterwards, Holmes’ attorneys argued that Love’s comment during the trial, “I don’t think [Holmes] took a bribe,” was a concession of actual malice since she had tweeted, “I was f***ing devestated when Rhonda J. Holmes esq. of san diego was bought off.”

But a judge in the case said at a hearing on Tuesday that the jury’s verdict was “right on the money,” and the finding of no malice was “entirely appropriate.”

Holmes needed to show actual malice because she was deemed to be a limited-purpose public figure as a result of once being hired by Love to handle a fraud case against those managing the estate of Kurt Cobain.

Simorangkir, on the other hand, has been ruled not to be a public figure. That’s important because the fashion designer is now pursuing a new defamation lawsuit against Love for more recent comments that the singer made on Pinterest and the Howard Stern radio show. In February, a judge rejected Love’s attempt to escape the second Simorangkir lawsuit. The case is now on appeal and could explore such issues as whether statements made on social media by celebrities are in furtherance of First Amendment rights in connection with an issue of public interest and whether statements on web forums that encourage stream-of-consciousness style posts are by nature non-actionable opinions.

In other words, Love will have more opportunities to make news on the defamation front. 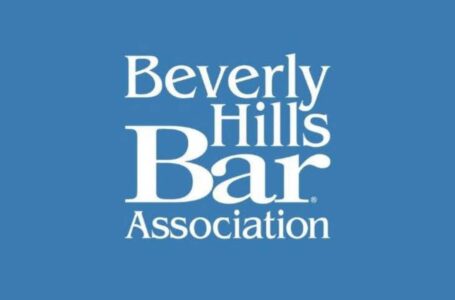 Entertainment Law Year In Review – “A Look at the Cases that “Rocked” the Entertainment World in 2020!” – Bryan Freedman guest speaker