Judge Judy Has A Bruising Day In Court Over $22M Profits Battle, But It Ain’t Over

EXCLUSIVE: A loss in Los Angeles Superior Court on Wednesday means Judge Judy may have to dip into her own pocket to deliver a promised $4 million to charity.

The famed small-screen judge saw her $22 million counterclaim suit against talent agent Richard Lawrence and Rebel Entertainment Partners essentially tossed out of court this morning. “Defendants’ demurrer is sustained,” LASC Judge Richard Burdge wrote in a tentative that was adopted as a final ruling. The decision axes all three of Judy Sheindlin’s counterclaims — at least for now.

If Judy tries to continue with this case our client will seek sanctions and sue her for malicious prosecution. This was never a real lawsuit, only an attempt to insult an honorable man, and Judy knows that.

Needless to say, even with more to come, there is a victory dance over at the law firm repping Lawrence and Rebel.

“On August 19th, on behalf of Mr Lawrence, we stated that Judy had no legal standing and her case would be dismissed,” Freedman + Taitelman’s Bryan Freedman told Deadline. “As the court made very clear today, that was a true statement. If Judy tries to continue with this case our client will seek sanctions and sue her for malicious prosecution. This was never a real lawsuit, only an attempt to insult an honorable man, and Judy knows that.”

On the flip side, Sheindlin’s Lavely & Singer lawyers sought to dampen the decision. “This is simply a procedural issue with the Court to clarify our claims by allowing us to file an amended Complaint,” the heavyweight firm’s Todd Eagan told Deadline.

“The court declined to dismiss the claims, and in making its ruling today the court assumed that all of the facts pled in the complaint are true – and they are true,” he added in service to his client. “It is not disputed that Richard Lawrence received over $20 million in packaging fees even though he did not represent a package and has caused significant damage to Judy Sheindlin by his wrongful conduct.”

Expect to see that amended complaint filed soon, I hear.

After years of various court filings over profit participation against CBS (settled early last year) and others over the lucrative long-running reality show, “successor in interest” Rebel, original packager talent agent Lawrence and his Abrams, Rubaloff & Lawrence firm went after Sheindlin with a $5 million breach of contract suit last summer. That action was birthed by a seemingly sleight-of-hand $95 million sale of the show’s rich library to CBS in 2017.

The volume ramped up when Sheindlin and her attorneys Marty Singer and Eagan filed their big-bucks counterclaims on August 19. The sometimes caustic former Manhattan family court judge promised to donate to a cancer charity the around $4 million she would personally pocket if her legal move was successful.

In November, Freedman and colleague Sean Hardy placed their clients’ demurrer in the court docket, with a hearing set for today.

Of course, all this is happening as Judge Judy wraps its syndicated run after 25 seasons. Back in October, Sheindlin unveiled her own decision to launch successor series, Judy Justice, with Amazon Studios and IMDb TV. 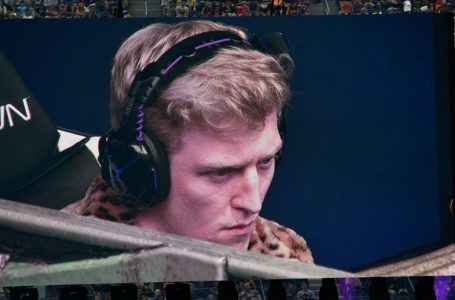