The celebrity blogger’s camp has requested $93,000 in attorneys’ fees to compensate for the bill he racked up defending himself against a defamation lawsuit brought by Lindsay Lohan’s gal-pal.

According to documents filed Monday in Los Angeles Superior Court, Hilton attorney Bryan J. Freedman and his fellow legal eagles charged the gossip pusher between $275 and $375 an hour for their servicesóall reasonable charges incurred for a reasonable amount of hours, Freedman states.

The total sum Hilton is asking for also includes an additional $2,000 in related costs he racked up through other channels, the filing says.

A hearing on the matter has been scheduled for Jan. 3.

Judge Elihu M. Berle dismissed Ronson’s suit against Hilton, whose real name is Mario Lavandeira, last month, agreeing that the Hollywood deejay and singer was “at best” a limited public figure who voluntarily injected herself into the limelight by hanging with Lohan.

So when Hilton included catty tidbits about Ronson in his dissection of what went down the May night Lohan was busted for DUI and police found cocaine in her car, he was commenting on a matter of public interest, Berle ruled.

Public figures who sue for libel and slander have to prove that a defendant acted with actual maliceópublishing with knowing falsehood or reckless disregard for the truth. Whether or not Ronson had anything to do with the cocaine in Lohan’s Mercedes, as Hilton may have implied she did, did not factor into the judge’s decision.

Berle also agreed with the defense’s argument that Ronson’s suit was “frivolous” and infringed upon Hilton’s right to exercise free speech in a public forum.

Hilton’s fellow defendant, Sunset Photo and News Agency head Jill Ishkanian, reached an out-of-court settlement with Ronson before the case was dismissed, however. The singer had accused Ishkanian’s gossip site, celebritybabylon.com, of defaming her with a story that suggested she had planted coke in Lohan’s car and arranged for the paparazzi to catch the starlet looking totally out of it the night following her arrest.

Ronson alleged that Hilton then further libeled her by picking up on CelebrityBabylon’s story for perezhilton.com and putting his own unflattering spin on the case.

Perez Hilton will take steps to make sure every dime is collected. This should make one careful before filing a lawsuit against him.

Adding that Ronson’s family is well-off so she has the means to pay.

Samantha Ronson, the Web and suits to spare 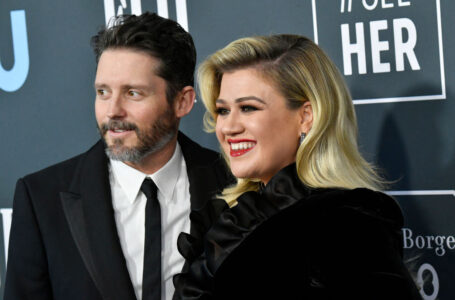