Grammys 2020 Meltdown: A Timeline of Everything That Went Down

To say that the lead-up to the 62nd Annual Grammy Awards was marred by controversy would be a gross understatement.

The annual awards ceremony, which is organized by the Recording Academy, was in many ways overshadowed by a series of very serious—and very public—actions and accusations. One bombshell after another made headlines, and in the end, the excitement that typically precedes the Grammys was supplanted by multifaceted uncertainty—uncertainty over a misconduct complaint filed against ousted CEO Deborah Dugan, over a rape accusation made against former CEO Neil Portnow, over a possibly rigged voting system, and much more.

Here’s a day-by-day breakdown of all the drama and controversy that unfolded ahead of the 2020 Grammy Awards.

January 16th—Deborah Dugan is Ousted from the Recording Academy

Ten days before the 2020 Grammys, Deborah Dugan, who became the Recording Academy’s CEO on August 1st, 2019, was placed on administrative leave.

Dugan’s professional career began with a stint as a Wall Street attorney. She then transitioned to an executive role at EMI/Capitol Records, led Disney Publishing, and, until accepting the Recording Academy’s offer, served as the CEO of HIV/AIDS awareness and treatment charity (RED).

Dugan was the first woman to head the Recording Academy, which was founded in 1957, though her tenure was far shorter than those of her two predecessors. The previous tenures spanned 14 years (Michael Greene, 1988-2002) and 17 years (Neil Portnow, 2002-2019).

An internally circulated memo said that Dugan was placed on administrative leave “in light of serious concerns raised to the Recording Academy Board of Trustees, which includes a formal allegation of misconduct by a senior female member of the Recording Academy.” The statement went on to say that the ouster was necessary “to restore the confidence of the Recording Academy’s Membership.” Board chairperson Harvey Mason Jr. was installed as interim CEO and was tasked with filling in for Dugan at the 62nd Annual Grammy Awards.

Neither the “serious concerns” nor the “formal allegation of misconduct” were specified by the Recording Academy. However, The New York Times reported that the allegation against Dugan was made by an assistant who had previously worked under Neil Portnow; this individual (later identified as Claudine Little) claimed that Dugan had instituted a “bullying management style” over Grammys staffers.

Subsequently, it came to light that three weeks before Dugan was given the boot, she sent the HR department a memo of her own. The no-holds-barred document reportedly called out Recording Academy higher-ups for a number of offenses, including rigging the Grammy-nomination process and concealing sexual crimes among them. The same anonymous source who revealed Dugan’s memo said that it—not the allegation made by Neil Portnow’s former assistant—was probably the real reason for her dismissal. Later, Dugan also cited the memo as the probable cause for her being, in essence, let go.

Dugan promptly retained the legal services of Bryan Freedman, a prominent Hollywood lawyer, before going public with her claims, which immediately drew fan and media attention to the Recording Academy’s practices and operations. Ensuing headlines and conversations focused less on the 62nd Annual Grammy Awards and more on Dugan’s allegations and, just as importantly, her ouster.

Specifically, Mason Jr. stated that Dugan’s allegations were contrived after the allegedly bullied employee involved his or her lawyer, causing the Recording Academy’s Executive Committee to launch an internal investigation. According to Mason Jr., Dugan’s attorney then informed the Executive Committee that “if Ms. Dugan was paid millions of dollars, she would ‘withdraw’ her allegations and resign from her role as CEO.”

Lastly, Mason Jr. implored music fans to “seek the truth” and reiterated that a third-party investigation into Dugan’s behavior was underway. (Details of the investigation, including the names of the hired individuals and/or companies, weren’t provided.)

By attributing Dugan’s actions to what can only be described as an extortion plot, Mason Jr. placed the ball squarely in her court. She responded emphatically.

On Tuesday, January 21st, Dugan initiated a lawsuit against the Recording Academy.

Filed with the Equal Employment Opportunity Commission, the suit alleges all manner of misconduct on behalf of the Recording Academy, including sexual harassment, unequal pay, gender discrimination, comprehensive corruption in the nomination process, and, perhaps most significantly, a deliberate effort to conceal sexual crimes committed by former CEO Neil Portnow.

Portnow preceded Dugan as the Recording Academy’s CEO. The Jive Records veteran previously came under fire after it was revealed that money set aside for MusiCares, the Recording Academy’s main charity and outreach organization, had been used to fund the 60th Annual Grammy Awards, which took place at New York City’s famous Madison Square Garden. (It reportedly costs about $200,000 to host an “average arena concert” at MSG.) Also, in response to criticism over the number of female Grammy nominees, Portnow said that women artists needed to “step up.”

It had been widely believed that these controversies were the chief contributors to Portnow not receiving a new Recording Academy contract—until Dugan, in her lawsuit, alleged that his raping a foreign recording artist was the true reason for the split. ‘Alleged’ must be emphasized; Dugan did not claim to have firsthand evidence of the assault. Similarly, the alleged victim has not come forward.

Portnow released a widely published statement, which acknowledged that some sort of complaint had been made against him but insisted that it was “ludicrous and untrue.” He went on to say that a third-party investigation had “exonerated” him of the allegation, and that Dugan’s claims of being pressured to approve a $750,000 payment were also false; “At no time did I ever demand a $750,000 consulting fee.”

In a follow-up to Portnow’s response, Dugan’s legal team doubled down on their client’s assertions of widespread and ongoing wrongdoing.

Three days before the 2020 Grammys, Dugan appeared on Good Morning America and CBS This Morning (and filmed the former interview alongside her lawyer) to discuss the allegations.

Though the alleged consulting-fee pressure, sexual harassment, and rape were briefly discussed, the “rigged” voting system, which Dugan said resulted from special interests and behind-the-scenes influence, was the focal point of the interviews.

Specifically, Dugan said that Ariana Grande and Ed Sheeran were snubbed for 2020 ‘Song of the Year’ nominations because of another artist’s below-board tactics, and that Taylor Swift had been unfairly denied a nomination for ‘Album of the Year’ in 2018 (before Dugan joined the Recording Academy).

Predictably, the idea that Grammy nominations and awards are issued based on influence, not the talent of the artist and the quality of the work, didn’t sit well with fans, members of the media, or artists. Taylor Swift, who was meant to give a “secret” performance and who received three nominations, reportedly decided not to attend the Grammys at all. Another massively popular artist (and nominee), Beyonce, as well as her husband, Jay-Z, were also rumored to be bailing Grammys gala, and for the first time in a long time, talk of the Grammys centered on who wouldn’t be attending.

What Comes Next at the Grammys

Only time will tell what comes next with regard to the far-reaching claims made before the 2020 Grammys, but it can be stated with confidence that a complete picture hasn’t yet been painted.

The allegations made by Dugan against the Recording Academy and Portnow are serious, and if they’re proven true, fundamental internal changes will need to be administered. If, however, Portnow is telling the truth, and an investigation (not a police report, which presumably wasn’t filed) proved his innocence, it’s unclear which crimes the Recording Academy would have covered up. The sexual harassment episode, though also significant if true, pertains to a single Recording Academy exec and is not necessarily indicative of a cover-up or even a widespread issue.

By the same token, if pervasive behaviors and influences are compromising the integrity of the nomination process, the stage would be set for a full-scale, ethics-minded overhaul. However, direct, irrefutable evidence must first be established.

Lastly, Dugan’s claims would be put into question if the complaint filed against her was found to be valid by legitimately neutral investigators. Aside from the Recording Academy’s stating that Dugan came forward only after an assistant reported a toxic, bullying work environment, every workplace allegation of misconduct must be seriously studied.

Hopefully, any and all crimes will be punished, any and all corruption will be rooted out, and next year’s Grammy Awards will be ushered in not with troubling headlines, but with headlines that emphasize the talent and accomplishments of artists. 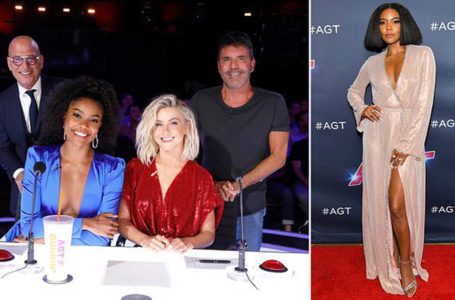 The Perez Hilton-will.i.am feud, digitally direct to the masses 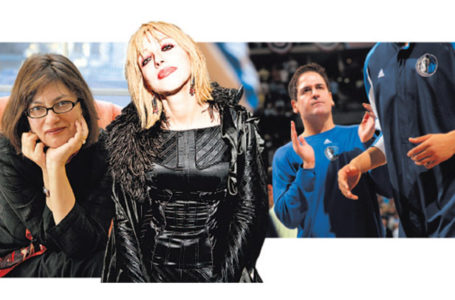 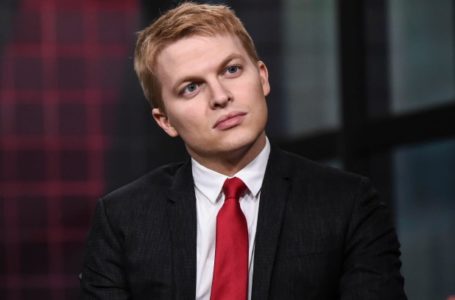