According to the The Hollywood Reporter, those three, among others, were served deposition notices on Wednesday by Bloom, who is being represented by Bryan Freedman, and are being asked to provide testimony. Depp filed his suit against Bloom in October 2017, claiming the former attorney “collected more than $30 million in contingent fees without a signed contract,” T.H.R. notes. Bloom countersued.

Tsujihara, per T.H.R.’s sources, is being asked to testify under oath about whether Depp tried to get him to blacklist Heard from Warner Bros. projects. The trade writes that Depp, who most recently starred in the studio’s Fantastic Beasts sequel, allegedly lobbied Tsujihara to have Heard removed from the cast of the superhero film Aquaman. If such an attempt did happen, it failed; Heard starred in the film, which was released last December and became a blockbuster hit. She will also appear in the Aquaman sequel, scheduled for a 2022 release. Per T.H.R., the deposition requests do not provide evidence that Tsujihara actively tried to blacklist Heard from any roles. In a statement to T.H.R., Depp’s attorney Adam Waldman characterized the inclusion of figures like Musk and Tsujihara as “issuing famous subpoenas in a last ditch effort to divert attention and stall their looming day of reckoning.”

This news arrives on the heel of reports that the studio is worried that Depp’s legal battles could be hurting its bottom line—particularly the claims of domestic violence that have been made by Heard against him, which Depp denies. In response to her allegations, Depp also filed a $50 million defamation suit against Heard in March.

According to Page Six, the studio is worried about its reputation as it continues to stand by Depp—as well as the future of the Fantastic Beastsfranchise. The last film in the series was the lowest grossing in the history of the Harry Potter franchise. Depp, meanwhile, is slated to reprise his role in the next Fantastic Beasts film, but scheduling has delayed the film to the fall of next year.

When Depp was initially cast in the film, there was an outcry from fans due to his escalating, acrimonious divorce from Heard, who alleged that Depp was an abusive partner. Director David Yates stood by the casting decision, calling Depp a kind and decent person: “Whatever accusation was out there doesn’t tally with the kind of human being I’ve been working with.”

Harry Potter creator J.K. Rowling also stood by the star, releasing a lengthy, supportive statement that read in part: “For me personally, the inability to speak openly to fans about this issue has been difficult, frustrating, and at times painful. However, the agreements that have been put in place to protect the privacy of two people, both of whom have expressed a desire to get on with their lives, must be respected. Based on our understanding of the circumstances, the filmmakers and I are not only comfortable sticking with our original casting, but genuinely happy to have Johnny playing a major character in the movies.”

Per the Page Six report, Rowling’s open support of Depp has only further boxed the studio into a corner as it figures out how to proceed. Reps for the studio did not comment on the report. 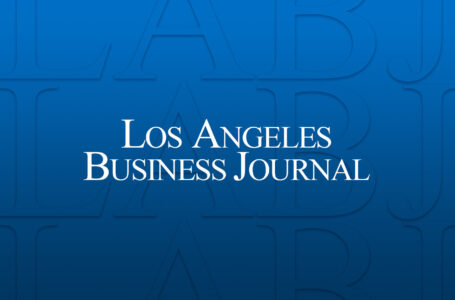